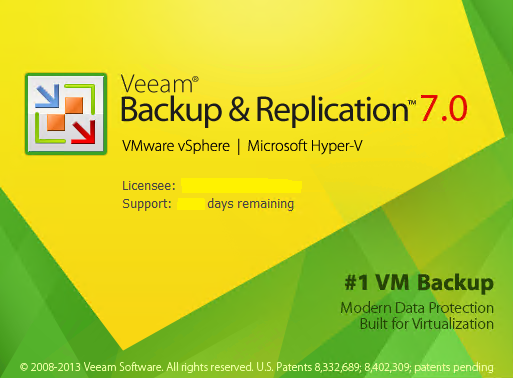 Veeam has released Update 2 for Backup & Replication v7 today with full support for vSphere 5.5 and Hyper-V 2012 R2 (the first backup company to support both!), here is a breakdown of all the new and exciting features:

I am proud to say that we upgraded our Backup Environment this morning and everything is running great. Big thanks to Veeam and their Engineering Team for releasing this so fast!

Here is a link to the KB article for this Update.